Blog Mr Sam Wall: Be selfish and help others 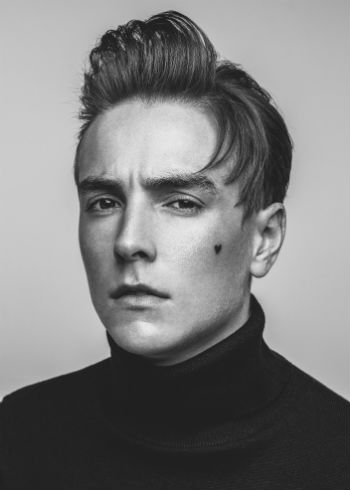 “This article isn’t hair related as such. It´s just a little story about the series of images above which are called ´New Romance´.

Now this was a simple test shoot with a new faces model called William Crone and a newly qualified photographer, who works alongside me at Hidden Heights Creative Studio. She’s called Hayley Crone, they are indeed brother and sister. For those who don’t know, a test shoot is a photo shoot to test out some looks on a model and create imagines for their potential portfolio. Test shoots are mostly unpaid, so creatives either do it for the love or to build their own portfolio.

The title of this column - Be Selfish and Help Others - might sound like it contradicts itself. This is what I want to talk about today. I believe in Karma. Now we didn’t intend to send any of the ‘New Romance’ series out to be published. However I found out (which I can’t believe I didn’t know) that Hayley Crone hadn’t had her work published before. I then took this opportunity and set myself a goal. The goal was simple, to get Hayley published. So I put her under slight pressure and asked for these images to be edited and sent back with a quick turnaround.

Anyway I looked at the series and I was in love with them, so sent them off to see if we could get them published. The first magazine I tried accepted straight away and I very happily went back and told Hayley that she had her first publication and as you can imagine, she was over the moon.

The moral of this story is that when I do good for someone and help people, it feels amazing. I’m very lucky to be in a position to help someone like Hayley and others in the hair and fashion world, but everyone can help everyone in one way or other. Now the way I see it, is that surely if I am doing something out of the kindness of my heart to help others, yet it makes me feel amazing myself….. wouldn’t you say that was selfish? But that’s the best kind of selfish to be, if you ask me. We need to be more selfish at times, but only in the right way.”

This website uses cookies to improve your experience while you navigate through the website. Out of these, the cookies that are categorized as necessary are stored on your browser as they are essential for the working of basic functionalities of the website. We also use third-party cookies that help us analyze and understand how you use this website. These cookies will be stored in your browser only with your consent. You also have the option to opt-out of these cookies. But opting out of some of these cookies may affect your browsing experience.
Noodzakelijk Altijd ingeschakeld

Any cookies that may not be particularly necessary for the website to function and is used specifically to collect user personal data via analytics, ads, other embedded contents are termed as non-necessary cookies. It is mandatory to procure user consent prior to running these cookies on your website.